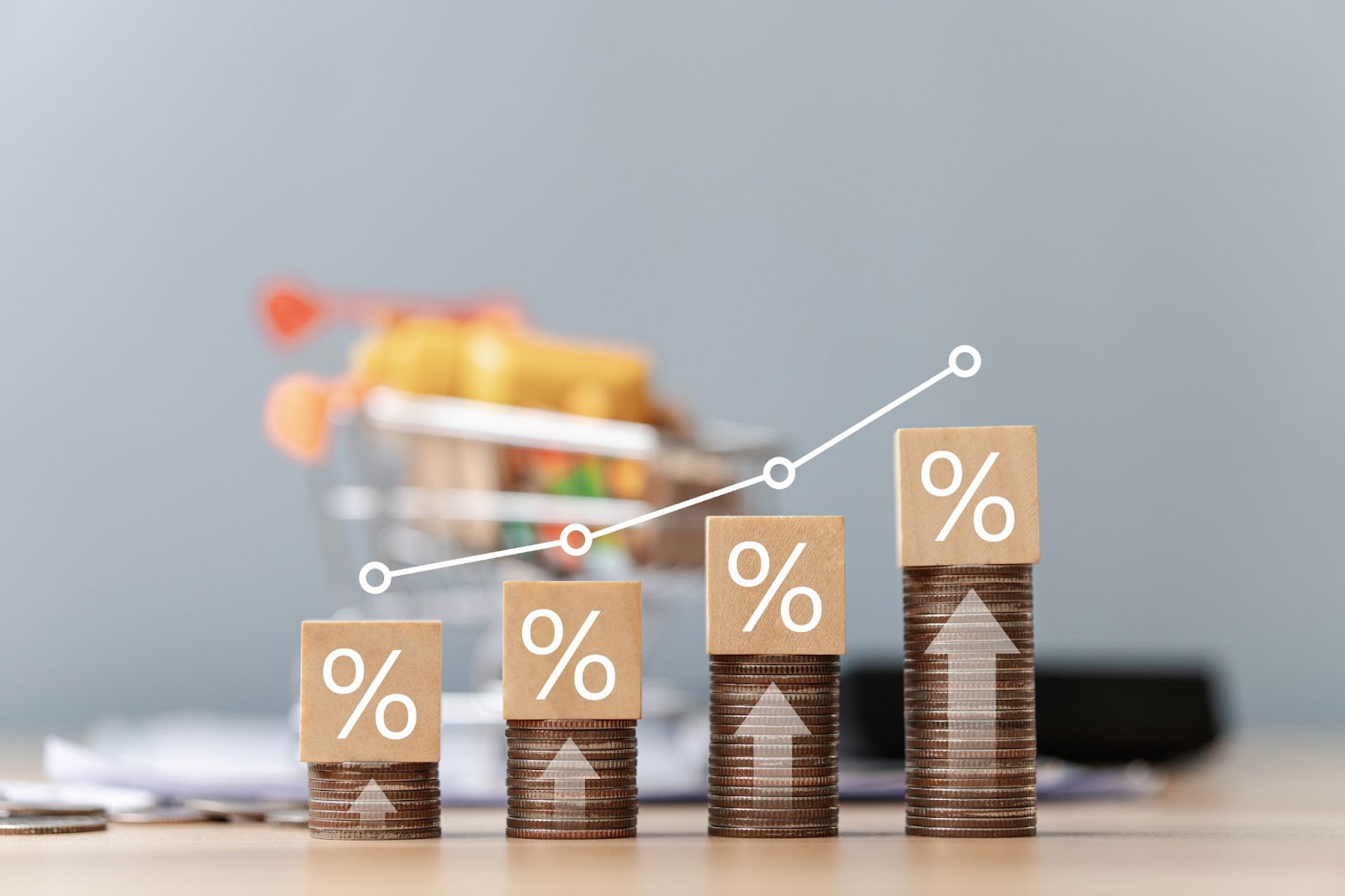 This week, the Bank of Canada, the European Central Bank, and the Bank of Japan will announce their interest rate decisions, with expectations of possible rate hikes.

Meanwhile, the US is scheduled to release its Flash Services PMI, Advance GDP, and Core PCE Price Index. The UK and Eurozone will also be releasing their PMIs.

Australia will also release its Consumer Price Index, while Canada is expected to publish its Gross Domestic Product.

Flash Services and Manufacturing PMI – Eurozone, UK and US (24 October)

The Flash Services Purchasing Managers Index (PMI) for France may decline slightly to 51.9 from 52.9 in September, while analysts forecast that Germany will see a decrease in the Flash Services PMI from 45 to 44.8.

US consumer confidence in September 2022 rose to 108 from 103.6 the previous month. Data also showed that US consumers were optimistic about their finances and the economy in general.

Analysts expect consumer confidence to slow down slightly over the next few months, but they predict it will remain above 100, indicating that US consumers are still feeling good about the economy.

The Consumer Price Index in Australia rose 1.8% in the 2nd quarter of 2022 over the previous quarter. Analysts forecast a slight dip in CPI for the 3rd quarter, between 1.1% and 1.5%.

In September 2022, the Bank of Canada raised its target for its overnight rate by 75bps to 3.25%, saying that rates would need to rise further, given the inflation outlook. In its October meeting, policymakers forecasted that the Bank’s overnight rate would increase by another 50bps to 3.75%.

The European Central Bank raised its main interest rate by 75bps at its September meeting, signalling further hikes in the coming months. The market is already pricing a further 75bps increase in October to 2%.

The Bank of Japan maintained its key short-term interest rate at -0.1% in October and signalled that it would continue to raise rates in future meetings.

Although inflation in Japan is 2.5 to 3%, and the Yen is hitting its weakest level in more than 20 years, we still expect that the interest rate will remain unchanged at -0.1%.

The gross domestic product (GDP) increased by 0.1% in July, matching the pace of growth in June. The GDP may be slower at 0% in August.

The Core PCE prices in the US, excluding food and energy, increased 0.6% in August from its previous month’s revised rate of 0.0%. The consensus estimate is for a 0.4% rise in September.